Why choose a 360 Degree feedback process?

Why choose a 360 Degree Feedback process?

360 Degree Feedback performance reviews tend to have a higher level of employee acceptance and involvement than a 180 Degree appraisal process. They are acknowledged by performance management experts to be more objective than 180 Appraisal Systems.

By helping peers to understand each others’ work and by airing grievances in a non-threatening manner, 360 Degree performance review also improves communication within the organisation. This ultimately means improved teamwork and higher performance. For employees, this also engenders a more open and enjoyable place to work.

Why choose a 360 Performance Review process?

Even for a small business, 360 Degree performance reviews can be helpful. They help to bring out issues which are normally never spoken. They can reduce tension, improve communication, and ultimately, they can raise the employee’s performance considerably.

360 feedback tends to be most effective when people don’t feel threatened by the process. Ideally, employees should know that the 360 feedback process will not be used for setting pay levels, bonuses or be linked in any way to disciplinary action.

Benefits of 360 feedback to the employee:

To the operational team:

Have you downloaded our free Manager’s Appraisal Check list?

Download this essential Performance Appraisal Guide. A handy list of the key actions to take when preparing for the appraisal, during the appraisal meeting and throughout the year. 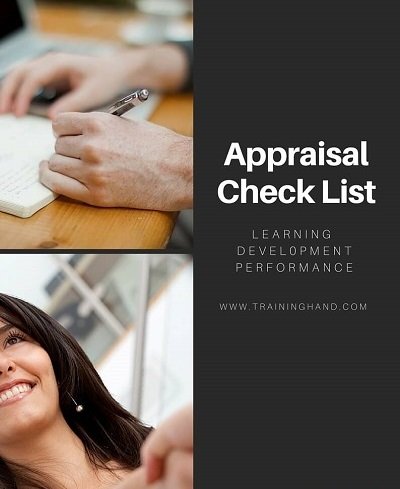 The secrets to the success of a 180 Degree Appraisal Before you start the appraisal process, be sure your appraisers have the skills to run a 180 … END_OF_DOCUMENT_TOKEN_TO_BE_REPLACED

Is Performance Management back where it started? Forgive me for rattling the cage but I wondered if readers of my blog would agree; it seems to me … END_OF_DOCUMENT_TOKEN_TO_BE_REPLACED

Why use a a 180 Degree Appraisal Process? A 180 degree appraisal process provides a formal opportunity for appraisers to discuss and record their … END_OF_DOCUMENT_TOKEN_TO_BE_REPLACED